The Lion, The Old Prophet and The Man of God 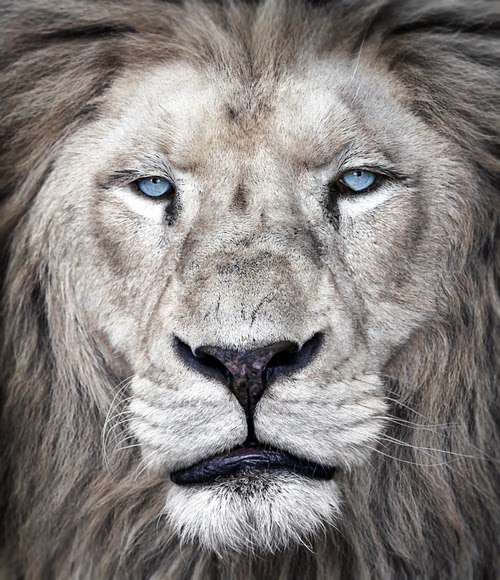 When I first heard this story I found it difficult to think any such thing existed in scripture.  It went against everything I had been taught but yet there it was, staring me in the face.  Everyone knows the dangers of following false prophets… but what about the dangers of following true prophets?  Stick with me for a few moments as I share the astonishing tale of The Lion, The Old Prophet and the Man of God.
The Man of God

1 Kings 13  The Man of God was sent to the king of Beth-el to deliver a message and, as you might expect, it was rejected by the king.  As if that wasn't bad enough the king put forth his hand to seize the Man of God and when he did his arm ‘dried up’ so that it became useless.  Immediately the alter was rent in twain and ashes spilled upon the ground from it.  These events came as a surprise to the king notwithstanding the Man of God had told him what would happen if he rejected the message. After these signs were given the king became a believer.

The Man of God refused everything the king offered, even to half of his kingdom… and for good reason.  He had been instructed by God not to eat or drink anything while in Beth-el and when the job was done, he was not to take the same path back to Judea. 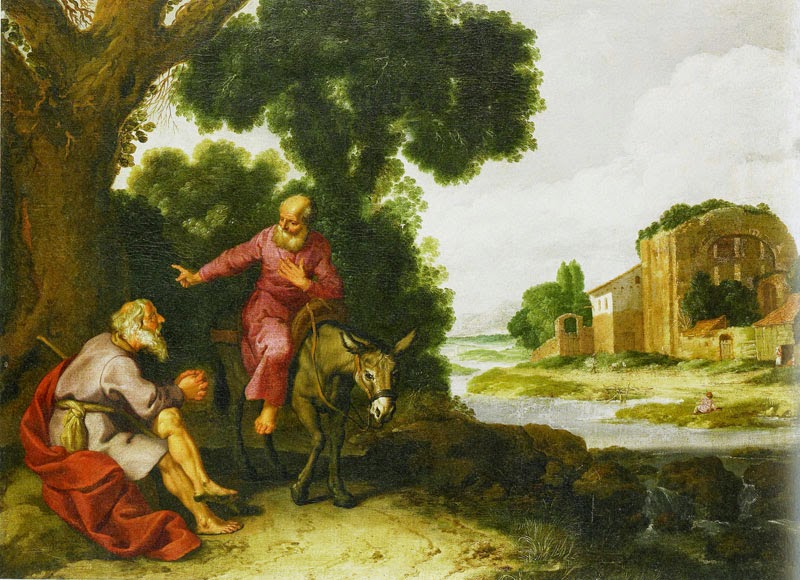 The Old Prophet asked, “Art thou the man of God that camest from Judah? And he said, I am.  Then [the Old Prophet] said unto him, Come home with me, and eat bread.”

Here is where things get really interesting.  The Old Prophet said to the Man of God, “I am a prophet also as thou art; and an angel spake unto me by the word of the Lord, saying, Bring him back with thee into thine house, that he may eat bread and drink water. But he lied unto him.”

It appears the Man of God was being deceived by the Old Prophet.  However, when you take the Joseph Smith translation into consideration it changes everything.  It says:  “I am a prophet also as thou art; and an angel spake unto me by the word of the Lord, saying, bring him back with thee into thine house, that he may eat bread and drink water, that I may prove him; and he lied not unto him.” JST 1 Kings. 13:18  footnote "b"(emphasis added). With this new perspective the Old Prophet suddenly becomes the Old True Prophet.

Here we have one prophet, the Man of God, who was told not to eat or drink in Beth-el and the Old True Prophet telling him that an angel of the Lord sent him to bring him to his house to eat and drink!  What a choice! What a pickle the Man of God was in!  What should he do?  Should he obey the word of the Lord as it was given him or follow a True Prophet?  What would you have done?  What have you been taught to do?

Can you guess what happened next?  Yep – the Man of God went home with the Old True Prophet and ate bread and drank water.  While they were yet eating the word of the Lord came to the Old True  Prophet saying, “Thus saith the Lord, Forasmuch as [the Man of God] hast disobeyed the mouth of the Lord, and hast not kept the commandment which the Lord thy God commanded [him], but camest back, and hast eaten bread and drunk water in the place, of the which the Lord did say to [him], eat no bread, and drink no water; [his] carcase shall not come unto the sepulchre of [his] fathers.”   Wow.  Man of God…, you’re going to die before you get home.  The Man of God failed the test. 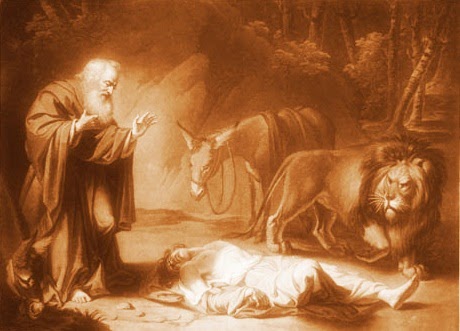 This passage of scripture is astonishing to me.  It illustrates the dangers of following true prophets.  The Man of God was given the option of following the Lord, as he was instructed or following the Old True Prophet.  He chose to follow the prophet and was killed as a result.  It would seem there are just as many dangers in following true prophets as there are in following false prophets… and for the same reason:  The Lord alone is to be followed, never a prophet be they true or false.   Never follow the arm of flesh.  Never follow man.  Cursed are those who put their trust in the arm of flesh.   It is well within the realm of possibility for prophets to lead you astray for the purpose of testing you.  The test continues today.

I hope you will take the time to read and study this story in its entirety: 1 Kings 13

There are prophecies yet to be fulfilled regarding a Lion that will go through the "beasts of the forest" and the "flocks of sheep" and shall tear them in pieces and none can deliver.  I wonder if their demise will be for the same reason as the Man of God?  I wonder if his fate was a type and shadow of things to come...?  I wonder…

Have you received the Voice of the Lord or been instructed by Him to do a certain thing?  Is that action in opposition to the prophet?  Perhaps you are being tested to see if you will follow the prophet or the Lord.