The Sun, The Moon and the Second Coming 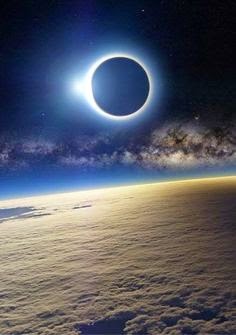 A few days ago I read a blog that pierced me to the very center of my heart.  I felt the love of God as I read it and believed He was speaking directly to me.  I followed the advice given as though it was given from God Himself, which I firmly believe it was.  The message was simple; I wasn't praying enough.  Period.  Being called to repent I spent all that day in prayer.  I continued into the night and when I woke in the morning I began again where I had left off.  That same morning I had pure knowledge poured into my mind regarding the signs being given in the heavens...  I had been asking for that.

"And God said, Let there be lights in the firmament of the heaven to divide the day from the night; and let them be for signs, and for seasons, and for days, and years:" Genesis 1:14 (emphases added)

When the thought entered my mind I knew it was from another Source.  It was so simple yet so profound.  Look at the picture with four blood moons (below), two on the left of the solar eclipse and two on the right.  They form a mirror image or chiasm of one another.  This has deep significance.  The sacrifice of Christ or His Atonement extends both into the future and into the past.  When they meet in the middle it forms a perfect circle causing me to exclaim:  the Work of God is One Eternal Round.

Prior to this understanding, my wife said she believed the moon rolling past the sun during a solar eclipse to be representative of the stone being rolled away from the tomb of Christ.  What beautiful imagery; and how very true.  Could any of this be possible without Him?  Never.   As with all things, Jesus Christ is represented in the heavens, in the Center of these heavenly events. His blood is also  represented in the moon. Without His blood, would any of this be possible?  How wonderful are the Signs of Christ! 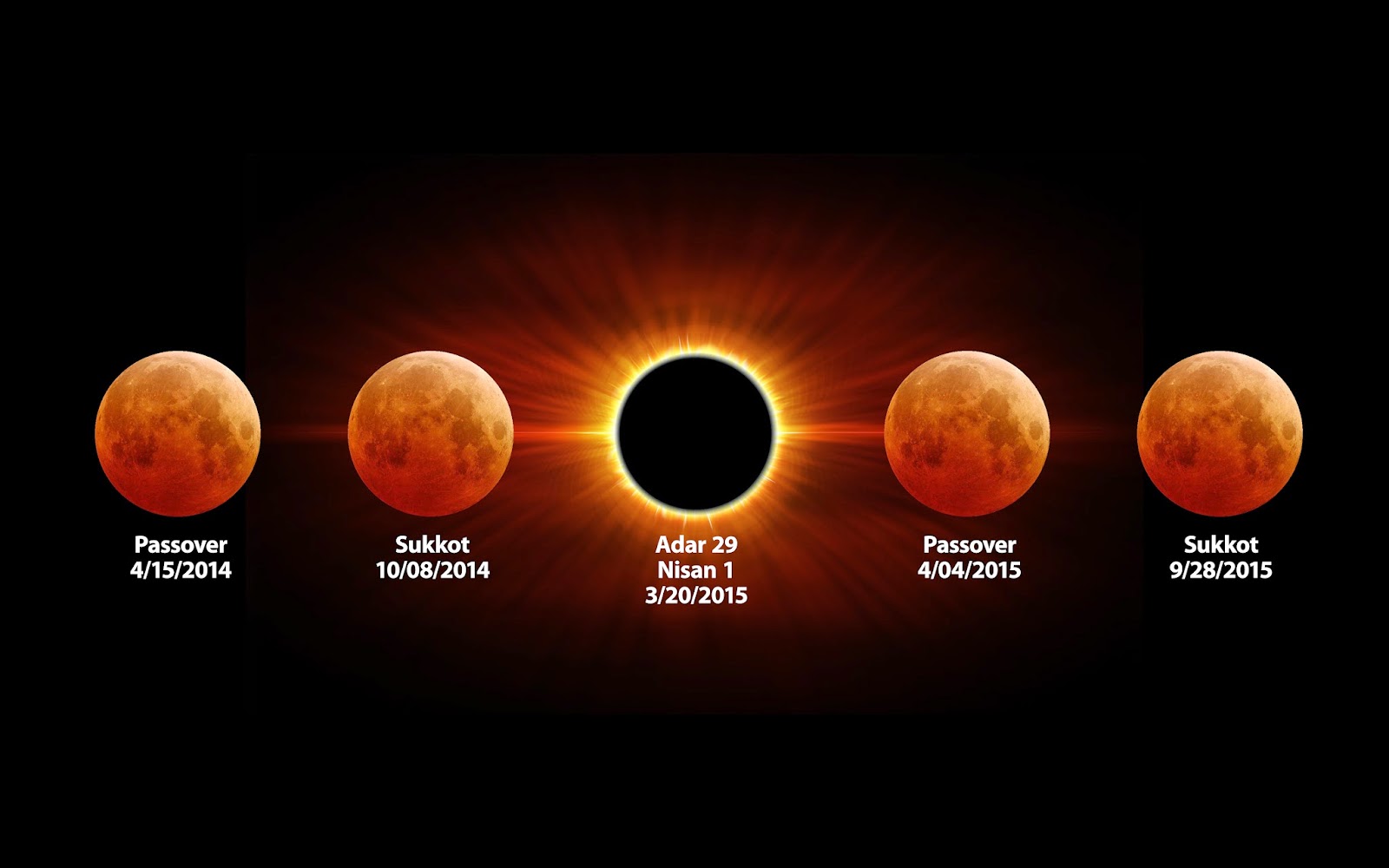 How rare are Blood Moons?  On average, they happen about once every year and a half. As you can see from the diagram, we are having four in a row.  That is very significant.  However, when you factor in the days upon which these Blood Moons appear...  Every one of them, including the solar eclipse, happen on a prominent Jewish Holiday.  It's nothing short of miraculous, indeed extraordinary beyond words.

I believe we are witnessing the promised signs that precede the Second Coming of Jesus Christ.  On March 20, 2015, Jewish New Year, the sun will be darkened.  Then on April 4, 2015, during Passover and then again on September 28, 2015, during Sukkot or Feast of the Tabernacles, the moon will turn to blood.  If this is the Sign preceding the coming of Christ then terrible things are about to happen; great and terrible things.    I will leave you to study that on your own.  As with all my writings, you are not to trust a word I say.  God is the source of all knowledge.

I believe we are about to witness the Salvation of our God.  Master, thy servant waits patiently upon Thee.

I wish to thank Jules from My Journey To The Fullness.  It was her blog that literally became the inspiration for this post.  I recommend her blog to all who desire to Journey into the Presence of Christ in this life.

My wife is priceless in her many contributions.  The Lord could not have given me a better wife.

I praise the God of Heaven and Earth for the information He has given me.  I share my understandings only because He has given His approbation to do so.  May His Grace and Mercy attend us all.