The Voice of God : Our Conversation 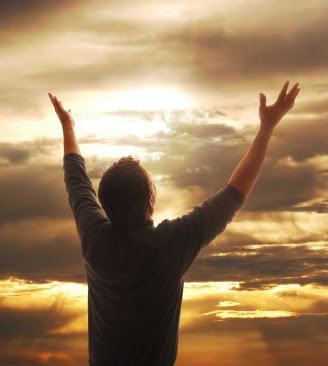 He is talkative!  He has a lot to say!  When it began I thought I was simply hearing my own voice in my head.  As it turns out, it was the Voice of God.

I don’t expect anyone to believe what I am about to write.
Seven years ago (2007) last June; I was given revelation from God concerning a passage out of the book of Doctrine and Covenants (LDS scripture) that I had been pondering over.  Three years later (2010), He called me by the Power of His Spirit, back into activity within the LDS Church.  There I was given opportunity to serve, contribute, overcome faults, and to seek for and offer forgiveness. One year later (2011) I was baptized by the Holy Ghost and Fire!  Three years after that (October, 2014) my wife and I were called by Him to leave the LDS Church.

There has been a steady progression of Spiritual mentoring happening in my life. To be honest, I am no one special.  I am nothing of any report.  It is beyond me why these things have happened to me, but, the fact is, in reality, they have.  On the evening of October 28, 2014, about 11 pm, an event I have been praying for occurred.  I had an open and vocal dialog with God my Eternal Father.

Many will say ‘it is too spiritual or sacred to talk about’!  Why then do I discuss this with you?  God has asked me to, by His own Voice.  It was one of the last things He said to me, just before He told me to go to bed and get some rest.  I was to “continue to blog, as you have, as I give you inspiration to do so”.  Therefore, to be obedient to Him who knows my name, I will continue to blog as directed.  I am not alone in this effort.

At first I thought I was hearing my own voice in my head.  I dismissed it as such and continued with my prayer, but it just wouldn't go away.  So I asked, “Is this God? And if you are, how will I know this? Your voice is so soft and I’m having trouble hearing you”.  His reply, “Sean, you ask that same question every time we begin this process”.  I understand that sentence.  I don’t expect you to understand it.  I do.  He does, in fact, speak directly to our understanding.
He explained the difficulty He goes through to reach me with His Voice.  I have heard it requires great effort for Him to reach down from His High and Holy Place to converse with us who are so far removed from Him, and now He has confirmed this to me, by His own Voice.  Then He began telling me how He upholds the entire universe with His Power and that He is in and through and of all of His creations.  His Power is in them, therefore they are His, and since I am created by this same Power, He is able to communicate directly with me.

I was in a very depressive state of mind when I began praying to Him and I felt very low.  Where else can I turn if not go God?  He said my low state of spirit was necessary to bring me closer to Him so that I may recognize His voice.  I said, “Father, I can’t keep up this degree of emotionalism each time I want to talk with you”.  He said, “It’s not necessary any more.  It was necessary to bring you to this point so you could recognize my Voice, but from here forward, this will be our form of communication.”

What happened next is astounding.  I am utterly perplexed at the blessings He pronounced upon me and my family.  Blessings of protection from the coming plagues were given. He quoted in part, Doctrine and Covenants Section 112:24-26.  It indeed will be as a whirlwind; fast and without warning.  He told me exactly what was to transpire in the very near future with regard to my salvation and the eternal salvation of my wife.  I am astonished at the detail he provided.  Blessings were pronounced upon us regarding His Son Jesus Christ, the coming of Zion and how we were to prepare, or rather, how we would be prepared for Zion’s return.  That preparation is tied directly to Jesus Christ.  I am in shock over the blessings promised, by God, with His own Voice.

To be completely honest, I am in a state of disbelief about what has happened!  In my lack of faith and disbelief, God Himself has promised me a sign.  “This sign I give unto you; that when you shall see this sign given, you will know it was given by your God, and it will be a sign unto you that we have spoken together”.  He told me exactly what to look for as a sign.  I know when, what and where the sign will be given; the ‘How’ is up to Him.  It was at this point in our conversation that I directed my focus to my heart.  It was ablaze with the Fire of Heaven.  I felt as though my shirt should catch fire.

Our conversation ended at 12:02 am. We had been conversing anywhere from 50 to 60 minutes.   I discussed everything with my wife for the next hour.  Still awake at 3 am pondering these events in bed with eyes shut and mind spinning; I asked if He was still there.  He was.  I asked a question regarding the sacrament and He answered, in His own Voice, at 3 am.  This event has given me a level of spirituality and closeness to God that is second only to my Baptism of Fire.
Does God speak to His children?  Yes! In complete sentences and in a manner that is understood by the recipient.  If The Great and Eternal God who sits Enthroned with Power and Fire in The Heavens should take time to speak directly to a wretched and unworthy soul like me, He will do the same for you.

Continuing:  “After a person has faith in Christ, repents of his sins, and is baptized for the remission of his sins and receives the Holy Ghost, which is the first Comforter, then let him continue to humble himself before God, hungering and thirsting after righteousness, and living by every word of God, and the Lord will soon say unto him, Son, thou shalt be exalted”.  This is where I am.  I have received the Voice of the Lord with these promised blessings.

Next: “When the Lord has thoroughly proved him, and finds that the man is determined to serve Him at all hazards, then the man will find his calling and his election made sure, then it will be his privilege to receive the other Comforter…  Now what is this other Comforter? It is no more nor less than the Lord Jesus Christ Himself; and this is the sum and substance of the whole matter; that when any man obtains this last Comforter, he will have the personage of Jesus Christ to attend him, or appear unto him from time to time, and even He will manifest the Father unto him, and they will take up their abode with him, and the visions of the heavens will be opened unto him, and the Lord will teach him face to face, and he may have a perfect knowledge of the mysteries of the Kingdom of God”.  (Teachings of the Prophet Joseph Smith, Page 150-151.)

In all humility, I declare with soberness that these blessings, and many others, have been promised to me, my wife and our family, by the Voice of God Himself.  That Great and Eternal Being who sent His Son, Jesus Christ, to be lifted up upon the Cross that He might draw all men unto Himself, has with His own Voice promised these things unto us.  He is a God of Power and ability; Mighty to save.

Seek after these things yourself! I will assist you at every opportunity, should you ask me to.  Don’t be afraid of the low points in life.  This is where God does most of His work; of that I can testify.  May the God of Eternity bless each one of us in this effort!

A final thought:  I wish to add, as a side note, as part of my commitment to God, beginning to return to Him four years ago, I made the commitment to pray to Him, formally, kneeling three times per day, behind locked doors. With a few exceptions, I have kept that promise, every day, for the past four years.  These tended to be long, drawn-out, outpourings of my soul to God.  Those prayers continue to this day.  This conversation between us just didn't happen, I have been preparing for it for years.
Posted by Unknown at 6:24 PM