Following My Lord and Redeemer

As we walked along the beach trying to find an unoccupied section of water for my baptism, Ashton asked me to share how I had arrived at the decision to be re-baptized.  As we walked slowly through the crowded beach I relayed certain events that culminated in my decision.  I told him of my conversion to my Savior Jesus and my Baptism of Fire. I found it difficult to express myself as the Spirit of God entered my heart with great force and testified to me multiple times that what I was about to do was ordained of Him.  I already knew re-baptism was His will.  This was a formality set out in the Grand Councils of Heaven before this world was ever created.  I promised God in that Council that I would do this.  I have kept my promise.

As the waves crashed around us Ashton pronounced the baptismal prayer, exactly as instructed by Jesus: calling me by name,

“Having authority given me of Jesus Christ, I baptize you in the name of the Father, and of the Son, and of the Holy Ghost.  Amen.”

As this prayer was offered I felt the Divine Weight of the Holy Ghost rest upon me as a tangible substance falling from Heaven.  The Holy Ghost is very real.  I was then immersed in the Pacific Ocean.  The presence of the Holy Spirit ratified this ordinance.  It was accepted by God.

The drive to Encinitas, California was about seven hours from my house.  To my knowledge Ashton was the only man in the state of California properly sustained by a minimum of seven women to perform his priesthood duties.  He graciously accepted my request and baptized me on October 4, 2014, which was also the Holiest of Jewish holidays, Yom Kippur or Day of Atonement.  This is the day I was directed to be baptized on. 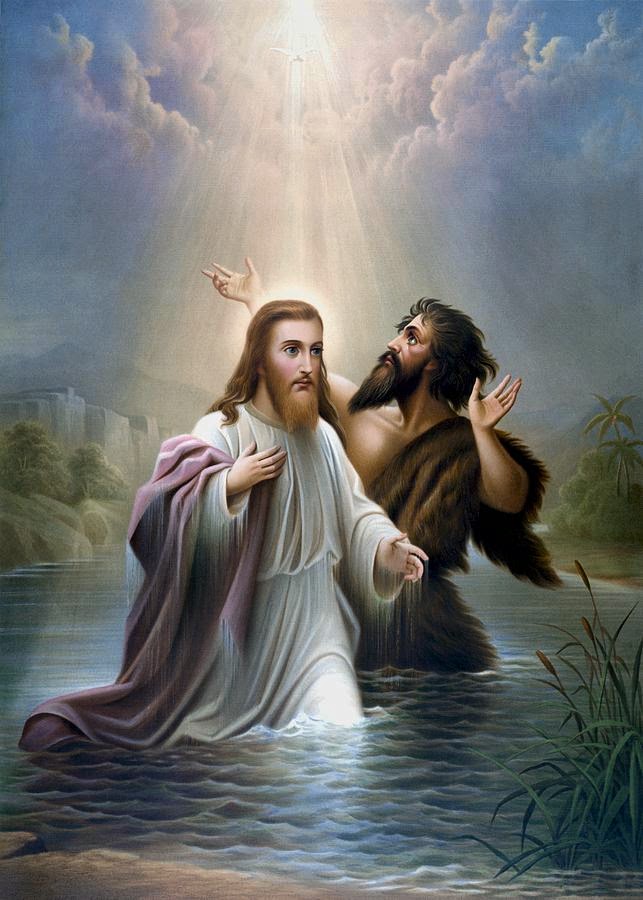 John the Baptist was called to prepare the people for the coming of Jesus Christ.  He prepared them with the doctrine of repentance and baptism of water.  He was also called to overthrow the Kingdom of the Jews.   Joseph Smith said that John “wrested the keys, the kingdom, the power, [and] the glory from the Jews, by the holy anointing and decree of heaven…” History of the Church, 5:261.  Did the Jewish leadership notice when their “keys” were taken away by John?  Do you think the Mormon leadership noticed when this happened to them?  The Works of God in the past are a type and shadow of things for today.  The Second Coming is not far distant.  He requires a people ready to receive Him.  I have been re-baptized to that end.
The Church of Jesus Christ of Latter-day Saints accepted my re-baptism as an act of treason.  I was given the option of resigning or take a more formal route that would inevitably lead to excommunication.  My wife and I chose the former, as the Spirit directed.  Together, we would leave the legal entity known as the LDS Church.  There is no harm in removing living branches from a dead tree. Our desire is to be grafted into the True Vine.  Notwithstanding that, I would have remained a grateful member of the LDS Church for the rest of my life, had I not been given this ultimatum. We have not joined another church.  We have not left the Gospel of Christ, nor have we left His doctrine, nor have we left Him, nor will we ever! It is exactly the opposite.  We are working to preserve the Restoration as given by Joseph Smith.  It is in peril of being lost and with it the return of Zion.

The Lord has given me knowledge concerning the Mormon institution.  Many have said I have been deceived and they have every right to think that.  If our roles were reversed I might think the same thing about you.  Yet I am not the one being deceived.  When Mother Eve’s eyes were first opened the first thing she noticed was the influence of Satan.  I understand that now.  I have been through that process.  I must say she handled it much better than I did.

I am not asking anyone to follow me.  After all, you are not to follow men.   As Jesus has said "My sheep hear my voice, and I know them, and they follow me".  I have heard the Voice of the Lord both spiritually and literally.  It is He that leads me and I will follow Him.

For greater understanding about the doctrine spoken of here, I recommend you read this talk given by Denver Snuffer.